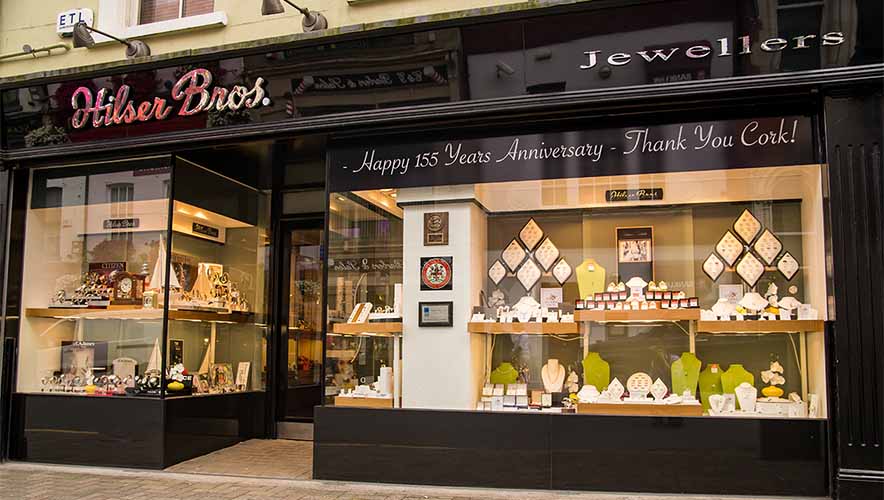 Hilser Bros Jewellers of Grand Parade, and Bandon are celebrating their 155 year anniversary this year (2015).

We are the oldest family run retail shop in Cork. The business was established in 1860 by Richard Hilser who immigrated to Ireland from the Black Forest in Germany.
Richard was succeeded by his son Henry and in turn by three of Henry’s five daughters Rita, Mary and Ursula. Rita worked in the shop in Queenstown, now Cobh. When that closed Rita went to Bandon. Mary and Ursula were in the Grand Parade and are still fondly remembered by our customers, many of whom recall their first memories of coming into the shop was to have their ears pierced by Mary. Rita’s son Harry trained as a watchmaker in Switzerland after entering the business at the age of 15 and he has since been joined by his daughter Miriam, the 5th generation of the family.
The business has seen a lot of changes through the years, 2 world wars, the burning of Cork, flooding in both Bandon and Cork and two recessions. The day before Michael Collins was ambushed in Beal naBlath, he called into our shop in Bandon. Through all this the people of Cork supported us and their families continue to remain loyal to us. 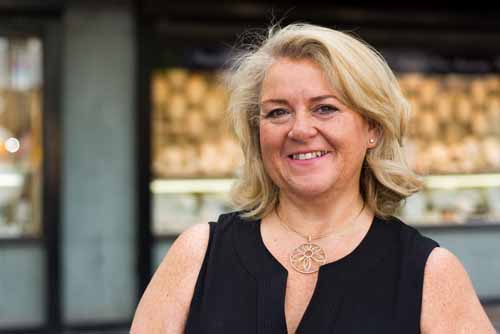 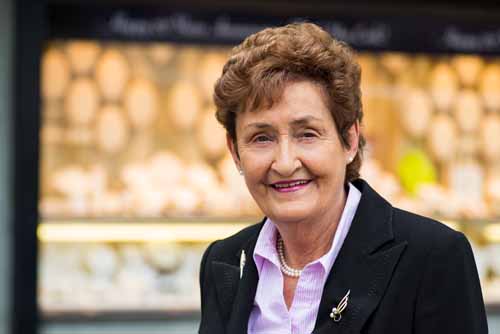 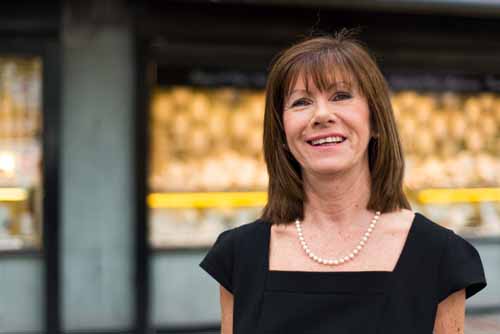 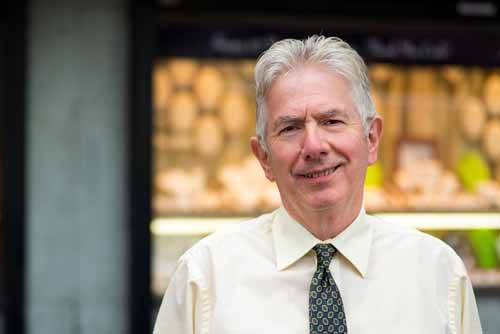 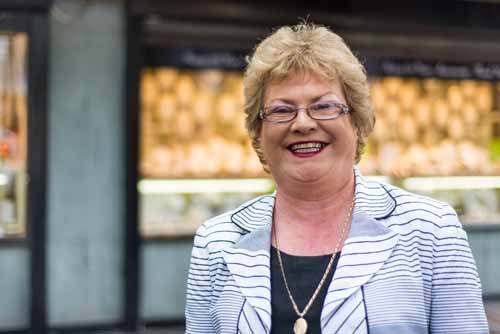 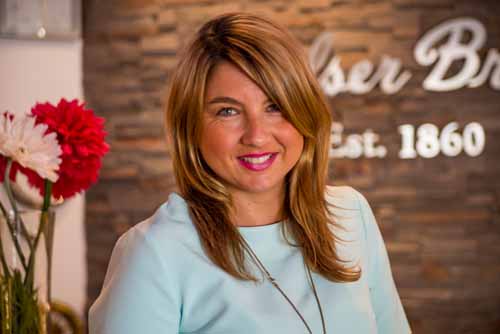